PREVIEWS: What was the biggest challenge in bringing the story together?

GMB Chomichuk: A strange realization after being approached for BABYMETAL was that this is the sort of book I was mode to do. The biggest challenge for me is to try and forget the size of the audience, to remember that I was chosen for what I do and not let the expectations of the fans get in the way of doing the honest creative work.

P: What was your favorite part of working on the BABYMETAL book?

GMB: On the pure creative side, the Vulture God has been a favorite to work on. I’ve enjoyed designing a god of rot and ruin and entropy who adapts to its situations as the heroes do, growing more terrible each iteration. Yet one of my favorite parts in working on Apocrypha has been in the consideration of the elemental meaning of kawaii and its contrast with the setting and situations in the book. In a way, working on this book, I’ve come to understand that cuteness (of the band members) is an armor against the horror and despair arrayed against our heroes. I think that is why the band has become a phenomenon, because it doesn’t deny the darkness, but also doesn’t try outdo it either… It resists on Its own terms.

P: What was it like to work with the band and their support team to bring this book to life?

GMB: Trying to bring this rich mythology to life has been a challenge. For me, the consideration has been trying to create something worthy of the BABYMETAL experience on the page. To me, BABYMETAL has layers beyond the sound and I want, artistically, to be purposeful in my art process. To honor that, I’ve put a lot of textures in the work as a sort of visual homage to the soundscapes of the music. When you see their live shows and realize that a story is unfolding, but not the way you might have imagined, that bravery to pivot away from expectation is something I keep in mind. The support and input from the BABYMETAL team has been so encouraging, It really feels like I have a team on my side, and it’s really helped to bring out the best in my work!

P: How did you try to accentuate the band’s personalities in your layout? In other words, how did you highlight body language and perspective to convey their individual attitudes?

GMB: Because of the story, it was less about trying to copy the band and more about showcasing their essence. When BABYMETAL are onstage there’s an undeniable presence that comes across from them, which you don’t really get from photos or even the videos. My work was definitely influenced by the style of their live performance.

The Fox God has taken form to address the metal spirits in this latest art tease from APOCRYPHA: THE LEGEND OF BABYMETAL…@BABYMETAL_JAPAN @Z2comics @gmbchomichuk
Preorder here:https://t.co/WfVqvUEv5G#BABYMETAL#APOCRYPHA#graphicnovel pic.twitter.com/5ctC1HQ8mo

“The biggest challenge for me is to try and forget the size of the audience … and not let the expectations of the fans get in the way of doing the honest creative work.” 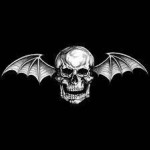